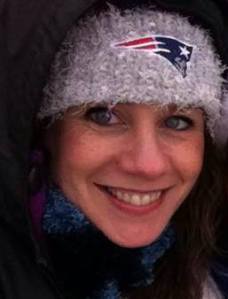 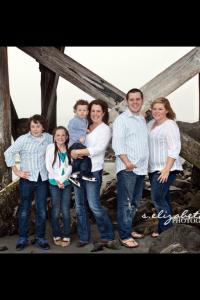 About me….I feel like I could spend four hours writing and depending on the day, it would highlight different aspects of me  with regard to my mood or what the events are ahead of me…which is ever changing.  Except for the fact it would always start with “I am a Mom”.  Of four.  And I’m single. Again.  In my 40’s. Living the dream.  No, really!! That’s all I ever dreamed of being when I was a little girl.  Some girls want to be fashion designers, astronauts, doctors….but I just pictured myself raising kids.  And that’s what I do.  The part I didn’t expect or dream about was doing it without a partner.  I’d say I am doing it alone, but I am not.  I have mastered the art of delegating.  Whether it be the neighbor for a ride or the older kids to give a bath…it’s necessary.  I’ve learned two major things: to say no and to delegate.

I resigned in early 2015 from working full time as a Private Investigator/Legal Assistant.  Yes, a PI.  I was in office mostly and basically ran the biz (that’s what they told me)…but I got to do the fun stuff on occasion, too.  Never a dull moment.  I now sling drinks part time as a Bartender and full time as a sales administrator to fund sleeping single in a double bed.   The restaurant is my sanity…my “adult” time.  I get out of the house, I make some money and I get to socialize with big people…and pay the bills!

For fun I am usually doing something with the kids, but I do balance that with “me” time…taking time to exercise, go for a drink with friends. I also like to write, paint, draw, or letter, in chalk and draw/paint in other forms.  I think I like chalk because I can make mistake after mistake and keep just washing it away until I get it right (Maybe there’s a lesson to be learned there).  I also have a passion for cooking…you will see many tried and tested recipes here.

And the most complicated and messy part.  How I came to be a single Mom of four? Not cut and dry. But here’s the condensed version…if that’s possible:

My oldest is 25.  I met his father when I was 19, married at 20 and divorced by 21.  He was not a model husband…and we’ll leave it at that.  He disappeared from the picture entirely when my son was about 9.  Still in the wind.  If he wins the lottery we will be happily surprised to collect the six figures of child support he never paid.  Despite that, my oldest has grown into an amazing and respectful, hardworking man.  He married a beautiful girl he met at church in July 2013 (leaving me with three now at home). They moved in together on their wedding night about 15 miles from me.  they have since made me a grandmother to a little bundle of joy born in May of 2015.  Lucy ❤

About two months after leaving husband number one, I met husband number two. Dated for three years, moved in together for two more years before being married for six years.  Nine months after our wedding night we had a beautiful baby boy..and unexpectedly two and a half years later I had my girl that I always dreamed about.  The marriage broke down after shortly thereafter (I’m keeping it simple here) and after much counseling…the marriage had dissolved too much and that was that.

Next, I immediately met Mike after separating from husband number two. An energetic, spontaneous, hysterical free spirit who I instantly and passionately fell in love with.  Problem?  He had an addiction issue that wasn’t apparent at first, but ultimately dictated the next seven rocky years of our lives…and ultimately his death.  We never married, but we had my fourth child six years into it. I separated from him (for the umteenth time) as an ultimatum and finally got myself into counseling.  I was hoping he would get better and we could live happily ever after.  He tried, several times. He died September of 2012, 6 months after our last separation from liver failure.

My post will be focused a lot on dealing with the grief of losing Mike…and my next love, Matthew, who I had a wonderful year+ with until he lost his battle with Leukemia in September of 2015.

I am hoping I can share some of the tools and wisdom (cough!) I have collected along the way through my messy and “coloring outside the lines” thing I call life!